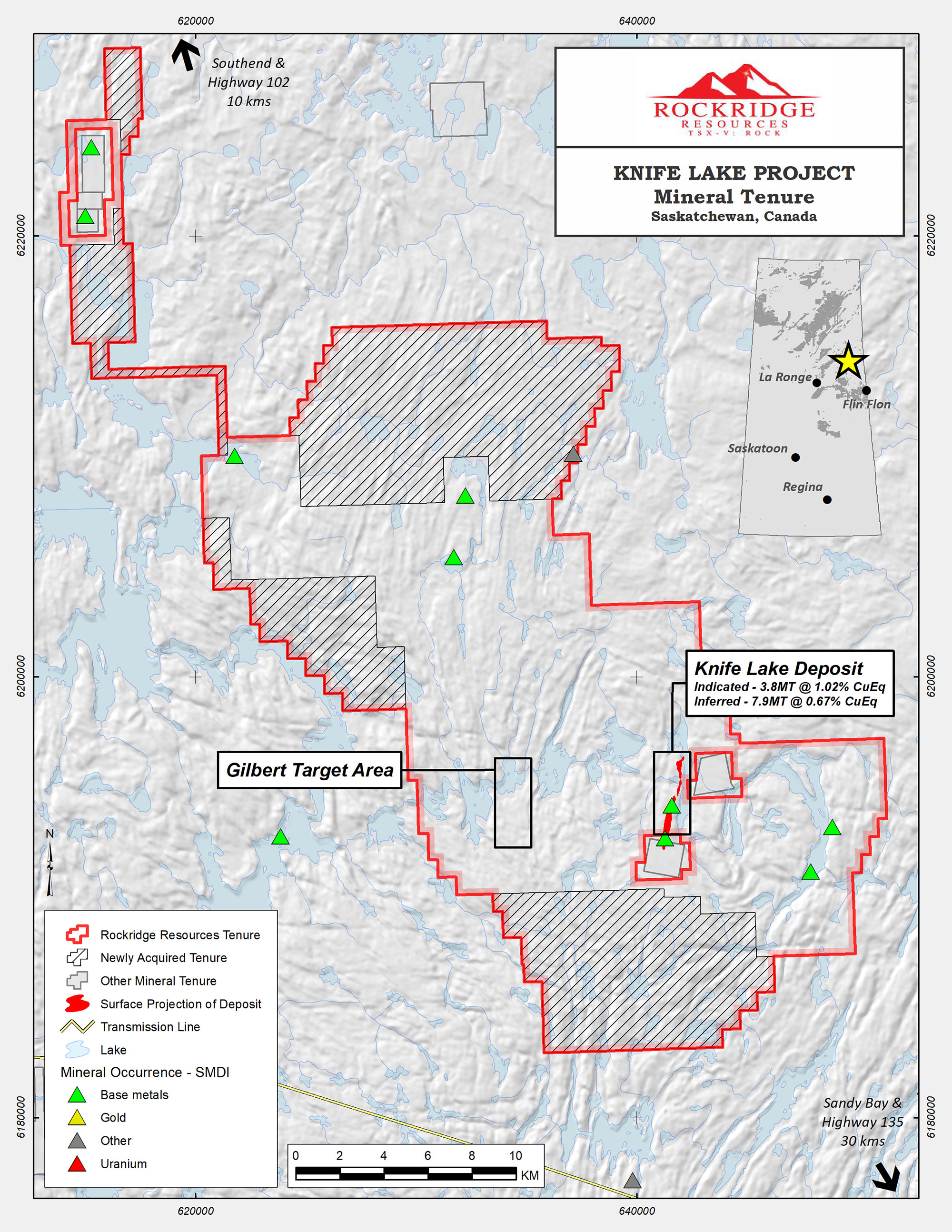 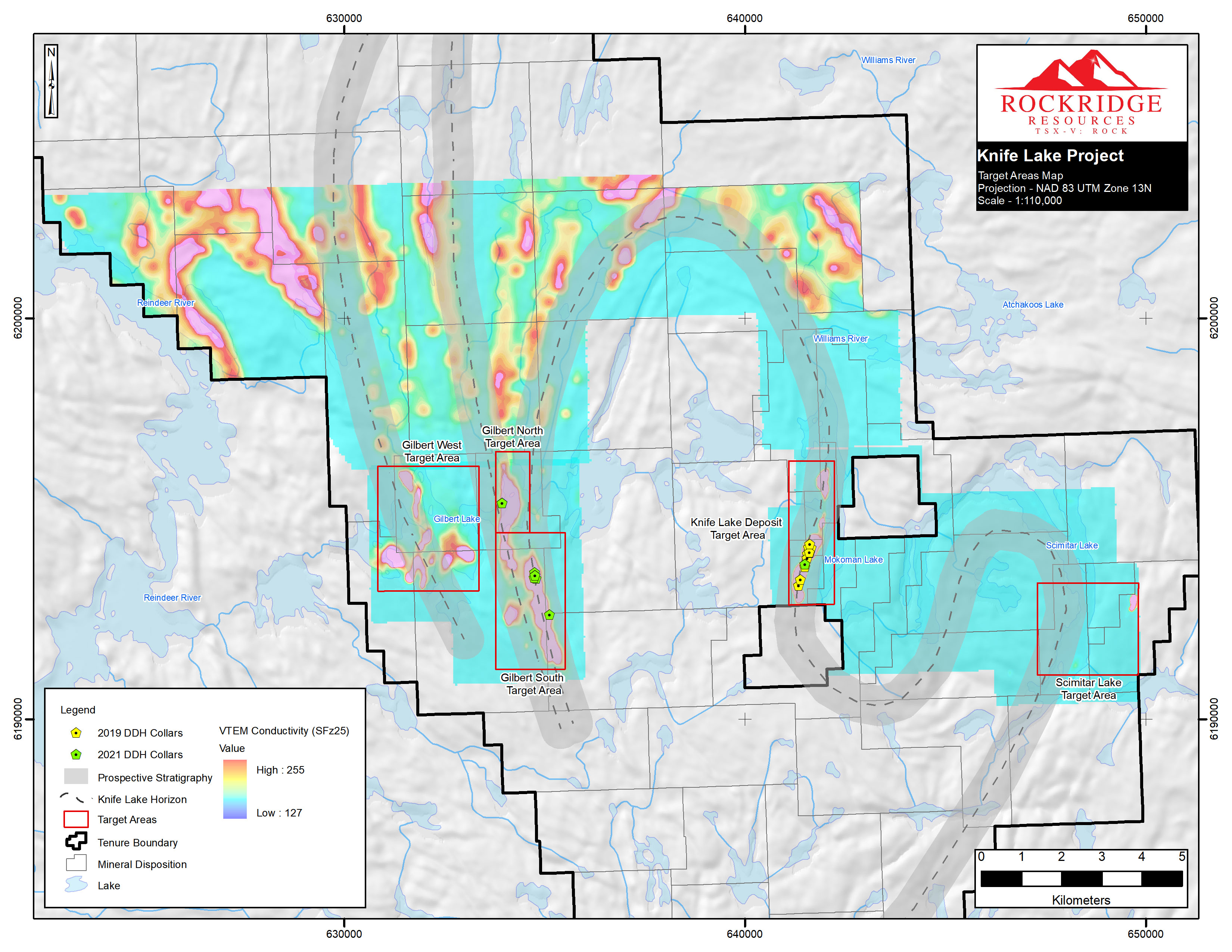 The focus of the 2022 drill program was continued infill and expansion drilling at the deposit, with the intent of upgrading existing mineral resource estimates and to better understand the geology at the Knife Lake Deposit. In addition to the Deposit drilling, exploratory drill holes were completed at the highly prospective Gilbert Lake target area. The program consisted of 936m total metres drilled in six drill holes with four holes drilled at the Deposit. 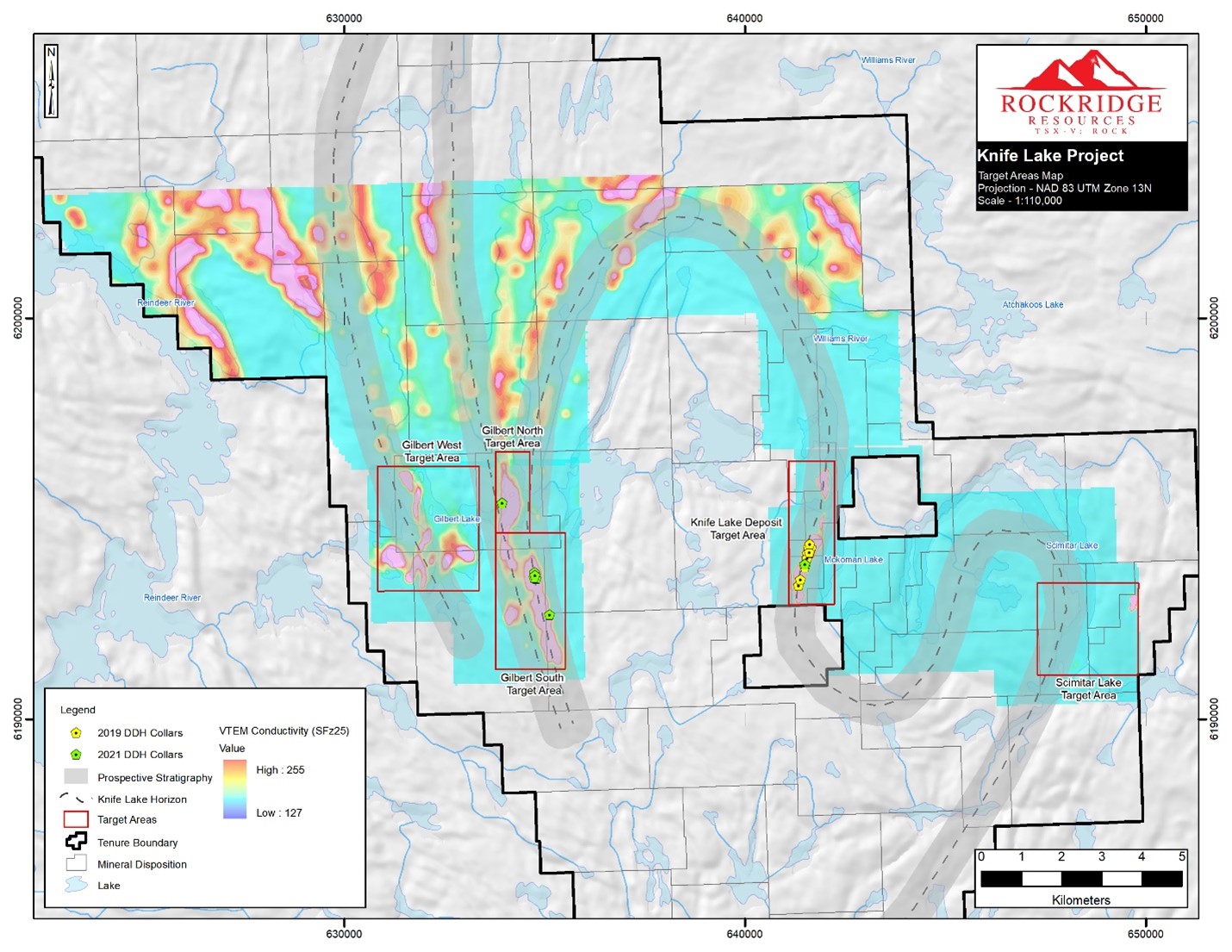 The Gilbert Lake targets were identified from the results and interpretation of the previous geophysical, drill and field programs. Results from these programs show that airborne VTEM surveys can successfully identify zones of VMS-style mineralization hosted in favourable stratigraphy on the property. The drilling at the Gilbert Lake South target area further investigated strike-length continuity of the mineralized horizon intersected in 2021 drilling, which remains open to the south. The holes also evaluated potential zoning of mineralization, which is commonly observed in VMS systems. 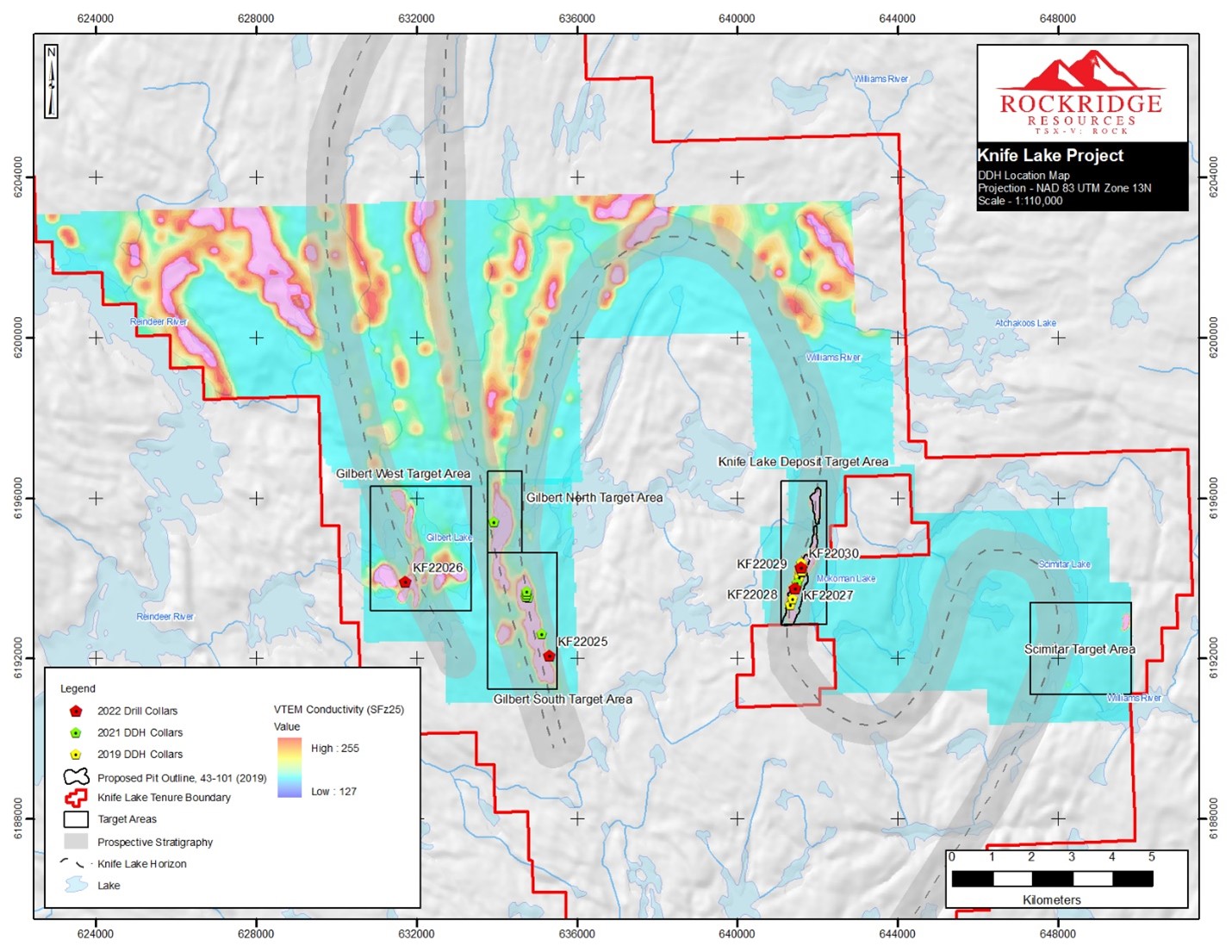 Drilling at a newly discovered copper showing at the Gilbert West Area targeted the down-dip extension of a mineralized and intensely altered volcanic package which is interpreted to be the Knife Lake stratigraphic horizon. The Gilbert West target had never been drill tested. Rockridge is planning follow-up exploration programs at Knife Lake and has received its exploration permit which is good through February 2024.

Hole KF22025 hole was designed as a 600m strike length step-out from hole KF21017 drilled in 2021. Geophysical modeling on the 2021 airborne VTEM Plus and borehole EM data revealed that hole KF21017 did not intersect the main prospective conductive body and requiring further investigation to determine the source of the anomaly. Hole KF22025 successfully intersected two intervals of green tonalitic pegmatite, interpreted to be the same horizon that hosts the Knife Lake deposit. Net-textured semi-massive pyrrhotite-pyrite with trace chalcopyrite mineralization and graphite alteration was present between 286.50m-303.35m and 360.50m-376.10m. The lower intersection correlates well with the prospective borehole EM conductor, with a projected intersection at 355.00m, and is interpreted to be the source of the targeted geophysical anomaly. Assays from these intervals did not return results of economic significance.